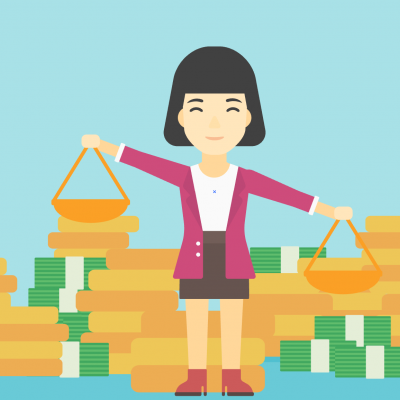 The following is an excerpt from Changing Outcomes: A Financial Recovery Strategy for Peak-Career Physicians.

The new physician is often faced with forbidding economics at the outset of her career. That new doctor’s higher income is partly an illusion because it ignores the practical necessity of paying off medical school debts whose interest is not tax-deductible, with earned income taxed at a Federal marginal tax rate as high as 39.6%.

A similar tension between perception and financial reality exists toward the end of a doctor’s career. To illustrate, let’s compare the finances of a retiring public school teacher with those of a cardiologist at the same age:

The teacher retires with only $250,000 in investments, in addition to which he will receive both a pension and a Social Security benefit. He might not need to withdraw anything from his portfolio to duplicate the after-tax cash flow he received while working.

Contrast this with a cardiac surgeon with $1 million of investments at retirement. After a lifetime of work, she has accumulated assets equal to only three or four years of spending. In terms of the funds needed to sustain her lifestyle in retirement, this is a disastrous shortfall.

Yet compared to most Americans, she is rich. Really rich. In fact, having a net worth of $1 million places her in the top 3% of all Americans. If we assume she also owns a home and other non-financial assets, she’s richer still.

Let’s assume that physicians, with $1 million in productive assets, can expect a Social Security benefit of $2,900 per month ($35,000 per year) at age 67. This will replace less than 10% of her pre-tax income during her working years, while the combination of pension and Social Security will replace more than 80% of working income for the schoolteacher.

Especially as they approach the retirement transition, the perception of “rich doctor” versus “middle-class teacher” is economically backward. It is the teacher, not the physician, who is financially equipped to maintain his lifestyle; it will be the physician, not the teacher, who must curtail her spending sharply in retirement.

Our point is simple. At the end of their careers, as at the beginning, much of the apparent wealth of doctors is an illusion. Don’t let the illusion of wealth distract you from building the real wealth you will need to live the life you want for decades after you retire.

Do you know a physician who is worried about retirement readiness?

How can we help?

If you're ready to get started with a TriageMD advisor, or if you'd like to chat with Catherine Kiser about your TriageMD fit or Triage Education options, please schedule a call.

Alternatively, we welcome you to begin a conversation with TriageMD by emailing us via the contact form below.