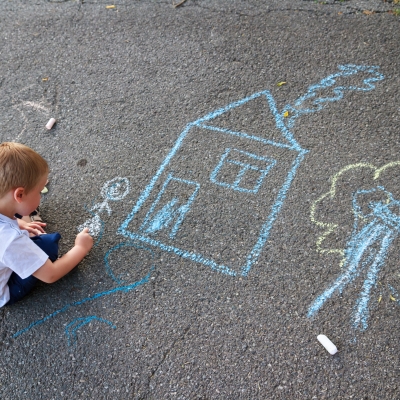 The single decision most likely to work against attaining walkaway wealth is buying “too much house.”

Even unusually intelligent Americans, like physicians, tend to approach the economics of homeownership in a conceptual, not an analytical way. They tend to believe that real estate is a unique investment, ownership of which will inevitably result in building real wealth, and on which it is impossible to lose money in the long run.

None of this is true. Here are some key facts:

Buy too much house, compound these differences in return and net cost over thirty years, and the difference in net worth at retirement will be profound. Avoiding becoming “house poor” is the single most important choice a new physician can make in her first three years of practice.

So should you rent instead of buying? Almost certainly not. At current interest rates, in most cities in the U.S., it still makes sense to buy instead of renting--if you plan to stay in your home for five or more years. (Over shorter periods, the transaction costs are likely to make a short-term house purchase unprofitable.)

All things being equal, for most higher-income earners it is economically better to buy your forever home than to rent it. But that does not mean that buying any home, regardless of size or cost, will be a financially superior choice to renting.

If you are renting a two-bedroom apartment, buying a two-bedroom condo is probably a smart decision. But if you move from that same apartment to a “starter home” that is 5,500 square feet and costs $1.5 million—a scenario we’ve seen more than once with young physicians—there is only the most remote chance that it will pay off in the form of higher net worth at retirement.

A beautiful house in a safe neighborhood can be one of life’s great joys. Almost every one of our clients owns their home. Just don’t confuse the expense of owning a home with a profitable investment asset.

How can we help?

If you're ready to get started with a TriageMD advisor, or if you'd like to chat with Catherine Kiser about your TriageMD fit or Triage Education options, please schedule a call.

Alternatively, we welcome you to begin a conversation with TriageMD by emailing us via the contact form below.